We are a community of collaborators, visionaries, and problem solvers.

We’re teammates. We’re partners to our clients. We work together – planners and designers, architects and engineers, sustainability experts and technology champions – to spark new possibilities for our clients and for each other.

500
Our multidisciplinary team is 500+ members strong. 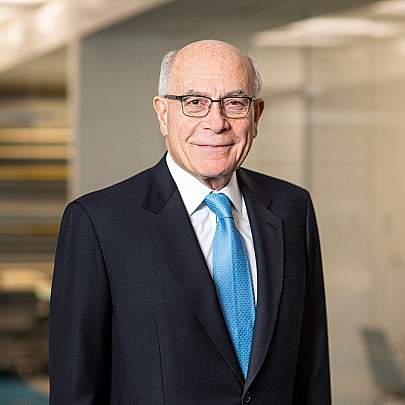 “I founded Ghafari nearly four decades ago with a simple mission of providing excellent client service. What we have achieved since then – our growth, our evolution – has far exceeded my original vision for the firm. Through it all, our client-centered mission has never wavered. I take enormous pride in that.”

Yousif is a recognized business and community leader whose relentless drive to understand his clients and their evolving needs inspired him to found Ghafari Associates in 1982. As a young engineer working primarily with clients in the manufacturing sector, Yousif recognized the potential of computer-aided design (CAD) technology at a time when the industry still relied on paper drawings as its standard. He saw a widely untapped opportunity to improve quality and efficiency in project delivery and decided to build his own company from the ground up. He established Ghafari in Southeast Michigan as a CAD services provider, laying the foundation for a proud tradition of innovation and client care that continues today.

Under Yousif’s leadership, Ghafari has evolved from a Detroit-area CAD shop to an international, full-service architecture, engineering, and consulting firm serving clients across a variety of demanding industries. As CEO, Yousif led a series of expansions, diversification initiatives, and technology investments, all in the pursuit of excellence in client service. In his current role as Chairman, he has drawn upon his knowledge of the global business environment to guide Ghafari’s expansion to markets outside of the U.S.

In recent years, Yousif has applied his experience as a business leader to the diplomatic realm. In 2008, he was appointed by President George W. Bush to serve as U.S. Ambassador to Slovenia. During his tenure, he worked to further develop investment and trade between the U.S. and Slovenia, increase opportunities for academic exchange, and strengthen overall ties between the U.S and European Union. Today, he is an Honorary Consul of Slovenia. He also served as Public Delegate Designate at the U.S. Mission to the United Nations for the 59th UN General Assembly, and was appointed to the William J. Fulbright Foreign Scholarship Board.

An active participant in his community, Yousif sits on the board of directors for Blue Cross / Blue Shield of Michigan, is a Fellow of the Engineering Society of Detroit, and is affiliated with the National Council of Examiners for Engineering + Surveying, the National Society of Professional Engineers, and the Michigan Society of Professional Engineers. He also serves on the Detroit Economic Club’s board of directors.

Frequently recognized for his philanthropy and contributions to the business community, Yousif has been honored as one of Michigan State University’s “Executive MBA Alumni of the Decade”, the “Detroiter of the Year” by Hour Detroit, “World Trader of the Year” by the Detroit Regional Chamber Foundation, and one of the “Top 100 Executive Heroes in Southeastern Michigan” by Crain’s Detroit Business, among others.